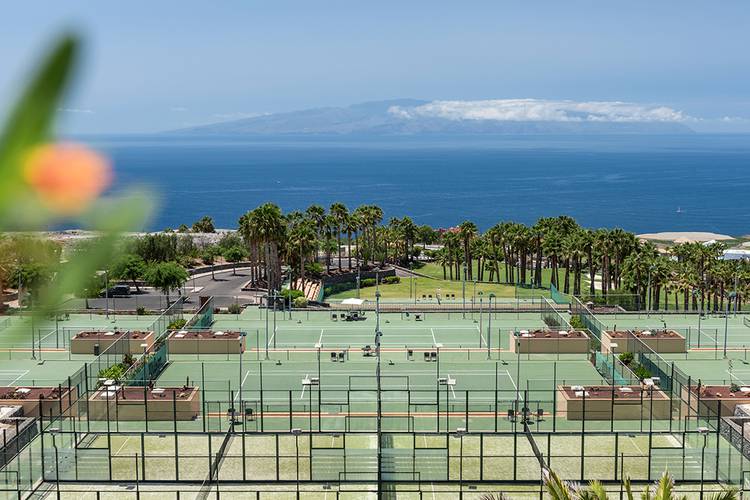 The WTA 250 will be held from 18 to 24 October and the ATP Challenger Tour from 1 to 7 November, both played on the hard courts of the Abama Resort Tenerife sport complex.

Competitive professional tennis returns to the Canary Islands. For the first time, the Abama Tennis Academy in the municipality of Guía de Isora on the island of Tenerife will host the WTA 250 Tour women's tournament during the week of 18-24 October. Just one week later, from 1-7 November, the same courts will host a men's tournament of the ATP Challenger Tour.

The director of both tournaments will be the Gran Canarias native, David Marrero, formerly ranked number 5 in the world in the doubles category. The hosting of this event was made possible under an agreement between Abama Tennis Academy and the Italian company MEF Tennis Events, which also organised two Challenger tournaments at the El Cortijo Tennis Academy in Gran Canaria last February and March. The event has the full support of Tenerife Tourism as well as the Royal Spanish Tennis Federation and the Town Hall of Guía de Isora.

The Tenerife Ladies Open, the women's tournament to be played on a hard court, has €200,646 in prize money. The Tenerife tournament will be the second WTA 250 tournament held in Spain following the Mutua Madrid Open last spring, and yet another example of the support for and rise of women's tennis in our country. The inclusion of the tournament to be played in the Canary Islands responds to the initiative of the parent organisation, which organises more than fifty events per year, to round out the calendar for the final quarter of the year.

For its part, the ATP Tenerife Challenger tournament to be held in November has a prize of €44,820 and gives Spain a record eleven events in 2021.

Abama Tennis, which opened its doors in 2005 and was recently renovated, is a unique complex in the Canary Islands with world-class facilities including 7 Flexi-Pave® courts (commonly known as fast courts, similar to the ones used at the US Open), four paddle courts, a rest area for players, centre-court stands for 600 spectators, changing rooms, landscaped areas and parking facilities.

At the helm of Abama Tennis is Brendan Breen, who manages the complex for Tropical Turística Canaria, which also operates the prestigious Abama Golf at the Abama Resort Tenerife, considered the best course in the Canary Islands and one of the best in Spain, along with two five-star hotels: Las Terrazas de Abama Suites, chosen as the Best Golf Hotel in the World at the most recent International Hotel Awards (IHA), and the soon-to-be operational Los Jardines de Abama Suites, both establishments managed by My Way Meaningful Hotels.

In Brendan Breen's opinion, hosting these two professional tournaments at Abama is a fantastic opportunity to showcase the archipelago’s ability to host professional tennis events and to open a window to diversified tourism in the Canary Islands in general and Tenerife in particular.

“We’ve worked hard to ensure that Abama Resort Tenerife has top-notch tennis facilities capable of hosting professional tournaments and stages. I believe that our designation is the result of a job well done and of having created an environment that offers all kinds of additional services above and beyond the sport-related ones", he notes. As he explains, these include an extraordinary climate with an average temperature of 23ºC year-round, the magnificent landscape and the extraordinary appeal of the island in general and the resort in particular, and the fact that Abama is a foodie destination in itself with fourteen international restaurants, two with Michelin stars (MB** and Kabuki) and three with the Berasategui seal.

"This is also a great opportunity for Canary Islanders to enjoy professional tennis and the best talents of the moment, without the extra cost of traveling outside the islands. There’s no doubt it is also a prime opportunity to promote the practice of tennis in the archipelago", says the Irish manager.

With a highly qualified and internationally experienced teaching staff, the Abama Tennis academy has already built a name for itself in Spain, thanks to its training systems and highly advanced teaching techniques. It offers a full range of services, including court rentals, camps for adults and children, and different training programmes and courses throughout the year.